Psoriatic arthritis is a chronic disease characterized by a form of inflammation of the skin (psoriasis) and joints (inflammatory arthritis). Psoriasis is a common skin condition affecting 2% of the Caucasian population in the United States.

What is psoriatic arthritis?

Psoriatic arthritis is a chronic disease characterized by a form of inflammation of the skin (psoriasis) and joints (inflammatory arthritis). Psoriasis is a common skin condition affecting 2% of the Caucasian population in the United States. It features patchy, raised, red areas of skin inflammation with scaling. Psoriasis often affects the tips of the elbows and knees, the scalp and ears, the navel, and around the genital areas or anus. Approximately 15%-25% of patients who have psoriasis also develop an associated inflammation of their joints. Patients who have inflammatory arthritis and psoriasis are diagnosed as having psoriatic arthritis.

Psoriatic arthritis is a systemic rheumatic disease that also can cause inflammation in body tissues away from the joints other than the skin, such as in the eyes, heart, lungs, and kidneys. Psoriatic arthritis shares many features with several other arthritic conditions, such as ankylosing spondylitis, reactive arthritis, and arthritis associated with Crohn’s disease and ulcerative colitis. All of these conditions can cause inflammation in the spine and other joints, and the eyes, skin, mouth, and various organs. In view of their similarities and tendency to cause inflammation of the spine, these conditions are collectively referred to as “spondyloarthropathies.”

What are risk factors for developing psoriatic arthritis?

The major risk factor for developing psoriatic arthritis is having a family member with psoriasis. This relationship has been recognized as so significant that it is used as a helpful part of the history for the doctor to diagnose psoriatic arthritis. It might be that stressful life situations could affect the immune system, allowing for the expression and/or exacerbation of psoriatic arthritis.However, precisely how these emotional issues are related to psoriatic arthritis has not been established.

What are psoriatic arthritis symptoms and signs?

In most patients, the psoriasis precedes the arthritis by months to years. There can be tiny pitting nail changes of the finger and toenails. The type of psoriatic arthritis depends on the distribution of the joints affected. Accordingly, there are five types of psoriatic arthritis: symmetrical, asymmetric and few joints, spondylitis, distal interphalangeal joints, and arthritis mutilans.

The arthritis frequently involves the knees, ankles, and joints in the feet. Usually, only a few joints are inflamed at a time. The inflamed joints become painful, stiff, swollen, hot, tender, and red. There is usually loss of range of motion of the involved joints. Sometimes, joint inflammation in the fingers or toes can cause swelling of the entire digit, giving them the appearance of a “sausage.” Joint stiffness is common and is typically worse early in the morning. Less commonly, psoriatic arthritis may involve many joints of the body in a symmetrical fashion, mimicking the pattern seen in rheumatoid arthritis. Psoriatic arthritis can also cause inflammation of the spine (spondylitis) and the sacrum, causing pain and stiffness in the low back, buttocks, neck, and upper back. Occasionally, psoriatic arthritis involves the small joints at the ends of the fingers. A very destructive, though less common, form of arthritis called “mutilans” can cause rapid damage to the joints. Fortunately, this form of arthritis is rare in patients with psoriatic arthritis.

Aside from arthritis and spondylitis, psoriatic arthritis can cause fatigue and inflammation in other organs, such as the eyes, lungs, and aorta. Inflammation in the colored portion of the eye (iris) causes iritis, a painful condition that can be aggravated by bright light as the iris opens and closes the opening of the pupil. Corticosteroids injected directly into the eyes are sometimes necessary to decrease inflammation and prevent blindness. Inflammation in and around the lungs (pleuritis) causes chest pain, especially with deep breathing as the lungs expand against the inflamed areas, as well asshortness of breath. Inflammation of the aorta (aortitis) can cause leakage of the aortic valves, leading to heart failureand shortness of breath.

How does a doctor diagnose psoriatic arthritis?

Psoriatic arthritis is a diagnosis made mainly on clinical grounds, based on the finding of psoriasis and the typical inflammatory arthritis of the spine and/or other joints. There is no laboratory test to diagnose psoriatic arthritis. Blood tests such as sedimentation rate may show an abnormal elevated result and merely reflect presence of inflammation in the joints and other organs of the body. Other blood tests, such as rheumatoid factor, are obtained to exclude rheumatoid arthritis. When one or two large joints (such a knees) are inflamed, arthrocentesis can be performed. Arthrocentesis is an office procedure whereby a sterile needle is used to withdraw (aspirate) fluid from the inflamed joints. The fluid is then analyzed for inflammation, infection, gout crystals, and other inflammatory conditions. X-rays may show changes of cartilage or bone injury indicative of arthritis of the spine, sacroiliac joints, and/or joints of the hands. Typical X-ray findings include bony erosions resulting from arthritis, but these may not be present in early disease. MRI scanning is sometimes used to identify early erosion of joints. The blood test for the genetic marker HLA-B27, mentioned above, is often performed. This marker can be found in over 50% of patients with psoriatic arthritis who have spine inflammation.

What is the treatment for psoriatic arthritis?

Generally, the treatment of arthritis in psoriatic arthritis involves a combination of anti-inflammatory medications (NSAIDs) and exercise. If progressive inflammation and joint destruction occur despite NSAIDs treatment, more potent medications such as methotrexate (Rheumatrex, Trexall), corticosteroids, and antimalarial medications (such as hydroxychloroquine [Plaquenil]) are used.

Exercise programs can be done at home or with a physical therapist and are customized according to the disease and physical capabilities of each patient. Warm-up stretching, or other techniques, such as a hot shower or heat applications are helpful to relax muscles prior to exercise. Ice application after the routine can help minimize post-exercise soreness and inflammation. In general, exercises for arthritis are performed for the purpose of strengthening and maintaining or improving joint range of motion. They should be done on a regular basis for best results.

Nonsteroidal anti-inflammatory drugs (NSAIDs) are a group of medications that are helpful in reducing joint inflammation, pain, and stiffness. Examples of NSAIDs include aspirin, indomethacin (Indocin), tolmetinsodium (Tolectin), sulindac (Clinoril), and diclofenac (Voltaren). Their most frequent side effects include stomach upset and ulceration. They can also cause gastrointestinal bleeding. Newer NSAIDs called COX-2 inhibitors (such as celecoxib [Celebrex]) cause gastrointestinal problems less frequently. 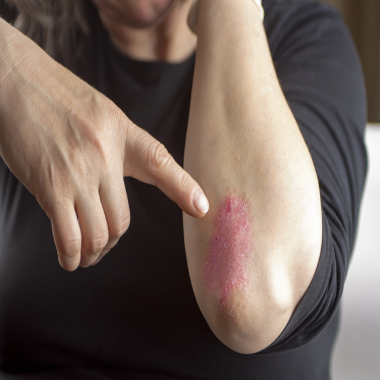