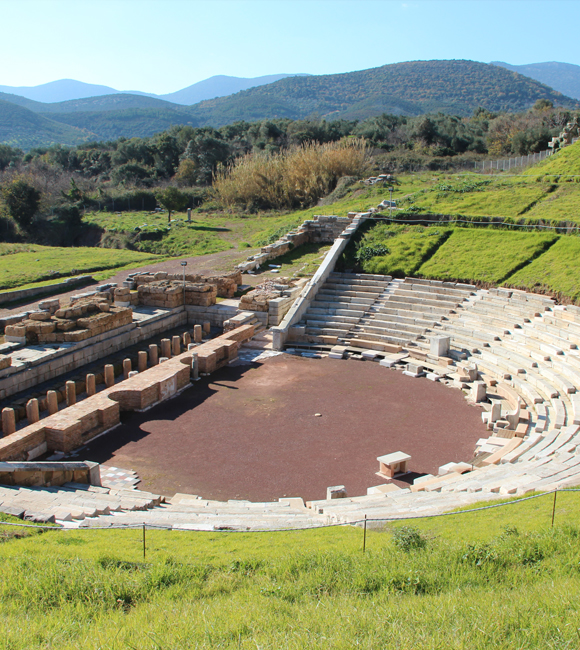 Euripides called Messinia “Kallikarpo” (meaning ‘fine fruit’) due to its abundant crystal clear waters, excellent pastures, a cool summer and mild winter. Messinia is mentioned by Homer in the Iliad.

Messinia, which spans across 2,990 square kilometers, continues to be a fertile land with a wonderful climate in the southwestern tip of the Peloponnese. Endless beautiful beaches with sand, pebbles, or rocks, picturesque bays, unique islands and beautiful seaside villages. Further inland, its fertile meadows and quiet villages are nestled in the mountains. A place with a rich history that is evidenced by archaeological sites, castles, towers, Byzantine and post-Byzantine monuments (churches and monasteries). Calm nature, “sweet” climate, unique monuments.

History:
Its first inhabitants were the Leleges, who were ruled by Queen Messini. After the descent of the Dorians into the Peloponnese, they invaded Messinia in 743 BC, which marked the start of Messinian Wars. After their defeat by the Spartans, many Messenians fled and settled in a Sicilian town, which they named Messini. The Messenians remained under the sovereignty of the Spartans until 371 BC, while in 146 BC Messini was occupied by the Romans and from 395 AD they suffered attack by Goths, Avars and Slavs. In 1205, Messinia was occupied by the Francs, and was first to take part in the Revolution and was liberated in 1828. The olive cultivation is an ancient tradition in Messinia and in Kalamata and their famous oil is an excellent product. Other products that are produced in the area are figs, raisins, wine, ouzo, raki, mastic, nougat. The Kalamata kerchief.